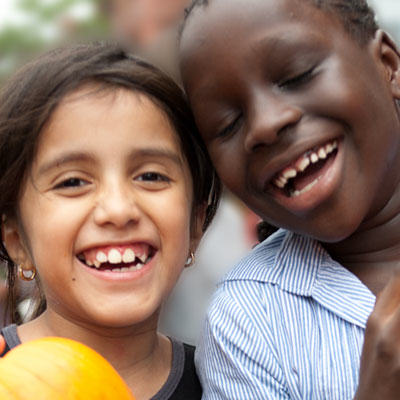 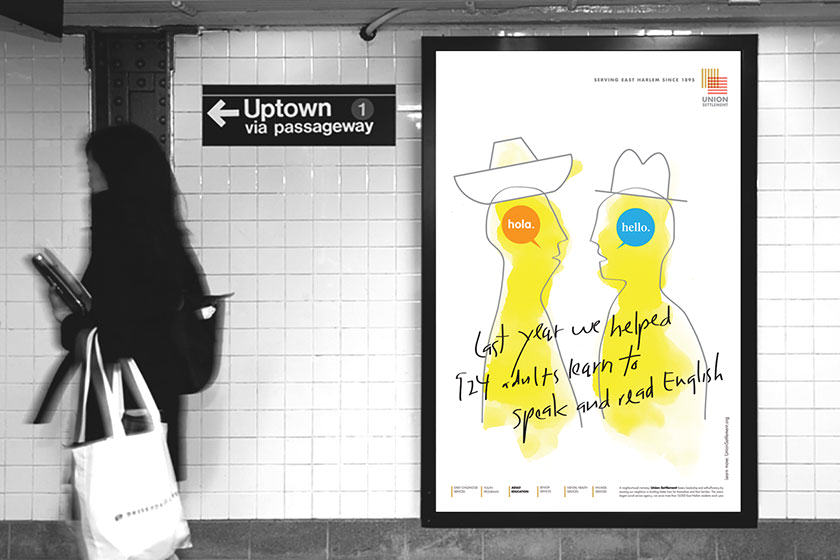 Union Settlement is an East Harlem Social Services organization with a core belief — society has a collective obligation to care for those in need and provide opportunities for those who wish to learn, work and produce. It's ironic that East Harlem, New York's poorest neighborhood, is adjacent to the Upper East Side, one of the city’s wealthiest enclaves. Union Settlement has served East Harlem's largely immigrant communities for almost 120 years, but it has little name recognition elsewhere. The challenge was to make it known to surrounding neighborhoods that "we help people help themselves." The elements of the campaign included brand identity, and transit and direct mail campaigns to run simultaneously in those adjacent communities. 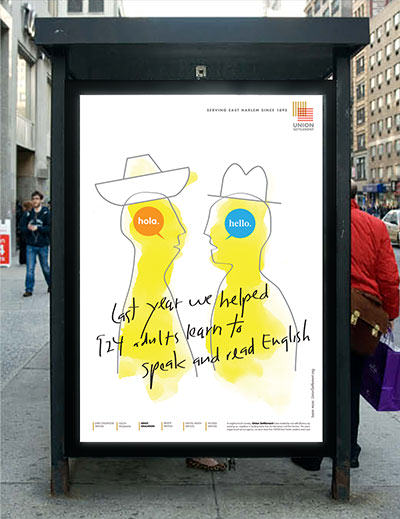 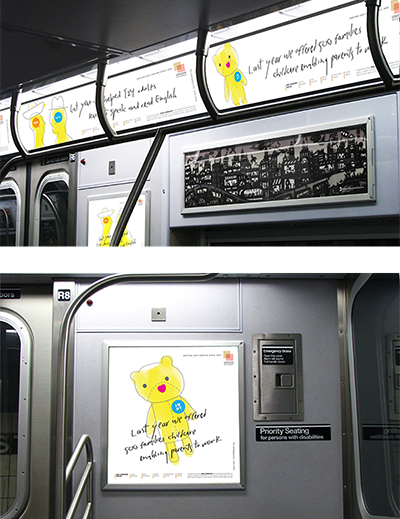 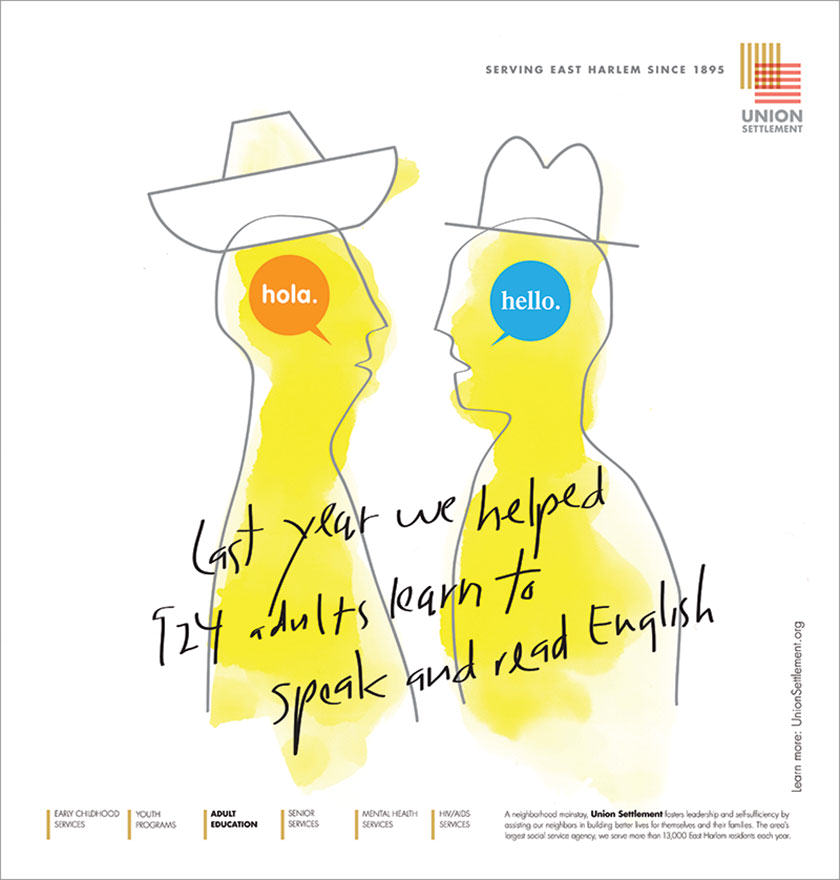 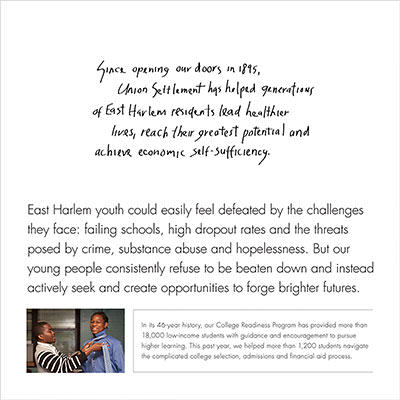 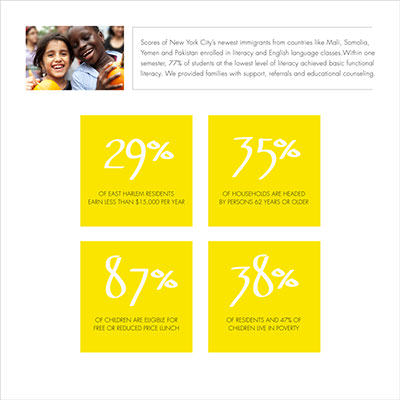 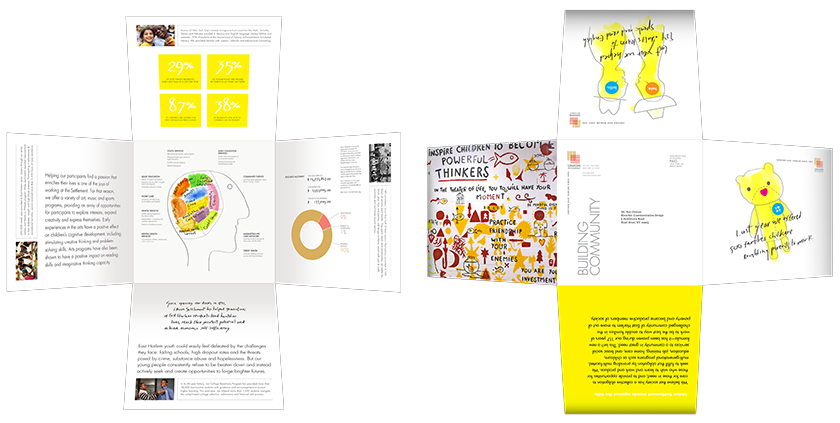 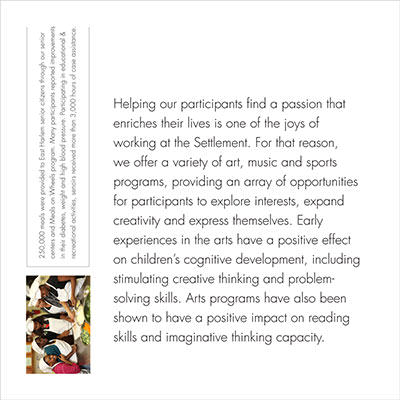 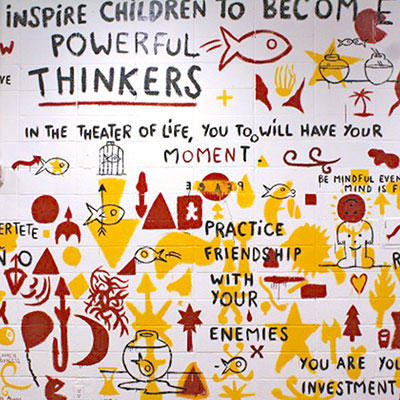 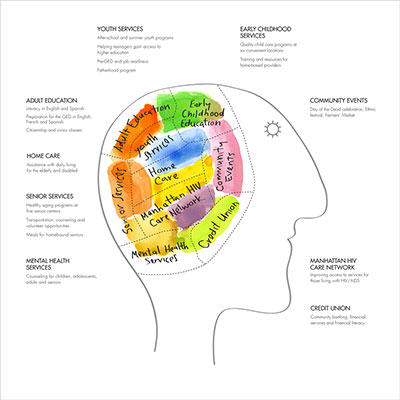 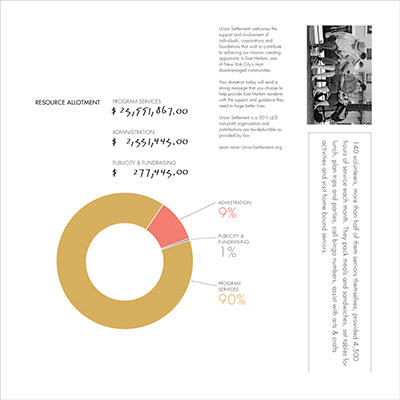